With more than 71 million active internet users, Germany is one of the most mature and attractive markets for the internet service providers (ISPs) and telecoms of the world.

Apple’s email service is used by 0.4% of users in Germany.

Yahoo Mail, one of the most popular service of the big american company, ranks in ninth place. It is used by 1.19% of German internet users. Yahoo has been in the news recently because it is looking to sell its internet businesses, which include services such as Yahoo! Finance, Yahoo! Sports, Yahoo! News!, and Yahoo! Mail.

1&1 is one of the world’s leading web hosting providers. It currently offers a wide range of web hosting products, including email solutions and high-end servers in 10 different countries. It is owned by United Internet, a German internet service provider.

Gmail is the most popular email service in the world, with more than 1 billion active users monthly.

The telecom and web content provider Freenet AG offers a powerful email service too. It is used by 4.37% of German internet users.

This American company, which was acquired by Verizon for $4.4 billion in 2015, has more than 9 million monthly visits in Germany. It is used by 5.17% of users.

Microsoft’s email service enjoys good health in Germany. It ranks in fourth and is used by 8.15% of the people surveyed.

This German telecom company’s email service is used by 11.63% of German internet users. Email is certainly a valuable service for the Bonn-based company, which is working hard to be “the leading European telecommunications provider,” according to its CEO.

The internet portal Web.de, owned by 1&1, is one of the most popular email providers in Germany. In fact, email is the company’s most recognizable service, used by 26.44% of German email users.

27.34% of people surveyed by Statista said that their email provider is GMX.de. GMX.de has more than 13 million users in total and, like its rivals Web.de and T-online, pays special attention to its service’s security.

It’s key to highlight that the top three email providers—T-Online.de, Web.de, and GMX.de—are the companies that launched the “Email Made in Germany” initiative, an initiative based on a set of measures to increase customers’ account security.

According to Deutsche Telekom and United Internet, “GMX, T-Online, and Web.de users automatically encrypt data over all transmission paths,” and the companies offer “peace of mind that data is handled in compliance with German data privacy laws.” 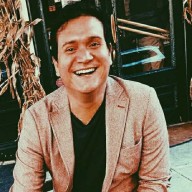