This is a quick reminder to developers utilizing the Google Contacts API (v3). It has been deprecated and will officially retire on June 15. The People API will be its replacement.

In fact, the People API has been around for a while, created to merge user data from various Google products, including G contacts & users, Google+ (RIP), and Gmail.

The API is built on HTTP and JSON (so that any standard HTTP client can send requests) instead of the older GData protocol. It was created to improve the user experience and the ability to share data between platforms. 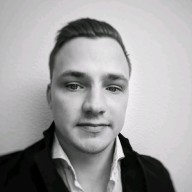