This series is updated monthly with the latest and greatest resources on all things cloud.

Microsoft Buys Nokia for $7.2 Billion | David Pierce of The Verge
If you can’t go wide, go deep. We’ve seen several industry players target market verticals and fail, but somehow Ballmer pulled it off. The SEC might have consulted Google’s opinion of another monopolistic category takeover, but they probably would have politely declined to comment. The irony here is that while Microsoft never got deep into hardware during the PC golden years, they are now seriously concerned with the future of mobile in spite of the Windows Phone’s 3.9% market share. “Those who can, do. Those who can’t, acquire.”

Nook “Clearance Sale” | Ben Lovejoy of 9to5 Google
This is not a sales advertisement. Barnes & Noble’s last chance to stay relevant (digitize: everything) continues its slow death as they offer Nook HD’s at their lowest price point yet “while supplies last.” Our favorite online shopping companion (Amazon) is absolutely crushing it with the Kindle, and a big part of their success in this takeover  is selling them at cost. Of course, they also have other revenue streams besides espressos to buffer this kind of marketing tactic. Amazon is also building up their Kindle marketing team, as I myself was solicited to join as a field sales rep via LinkedIn. Good times.

Uber delivers premium services (cars, helicopters, etc) straight to your location, along with the occasional free bottle of water. That’s it. And they’re so good at it they snagged 86% of Google Venture’s entire fund. 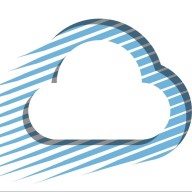